Annyeonghaseyo, chingudeul! This section guides you learn the basic Koreanlearn the basic Korean, particularly Korean interrogatives and the examples of the sentences. Basically, Korean interrogatives consist of 무엇/뭐 (mwot/mwo) = what, 누구 (nugu) = who, 어디 (eodi) = where, 왜 (wae) = why, 어떻게 (eotteohke) = how, 얼마 (eolma) = how many/much, and 언제 (eonje) = when. To compose an interrogative sentence, those interrogative words are followed by verb/ noun/ adjective ended by suffix 까 (kka) for formal sentence, suffix 요 (yo) for casual/ informal sentence, or without suffix for 반말 (banmal). We can also add suffix 야/이야 (ya/iya) to create banmal forms.

무엇 (Mueot) and 뭐 (mwo) are basically used to ask ‘what’. The difference between them are in the context. We use 무엇 (mueot) frequently for more formal sentence while we use 뭐 (mwo) for informal sentence or casual conversation. 무슨 (Museun) is used to ask referring to specific noun. Let’s see in the sentences below:

어디 (Eodi) is used to ask certain place, destination, or place of origin. That’s why we will find the different patterns in the sentences. If our question refers to where something takes place or destination without movement, then we use 어디에 (eodiel. Meanwhile, we use 어디에서 (eodieseo) to refer place of origin or where the activity takes place and requires movement. Please see in the sentences below:

4. 왜 – Korean Interrogatives for “Why”

In order to ask why or to question a reason/ purpose in Korean language, we use 왜 (wae). It can be put either in the beginning or in the middle of the sentence depending on its context. We commonly put it in the middle if the sentence for informal or casual conversation. Here are the examples:

Korean interrogatives to ask ‘how’ or to question about the way something works are 어떻게 (eotteohke) and 어떡해 (eotteokhae). Both phrases are slightly similar but those actually have the different context. 어떡해 (Eotteokhae) derives from 어떻게 added by suffix 해 (hae). We use this form more to express something unpredictable or how we react to that action. Let’s find out in the sentences below: 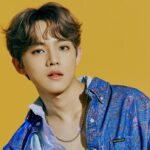 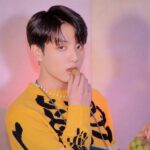