Calling for #teamsuho aka Cha Eun Woo in True Beauty drama. Who says webtoon character is not real? Cha Eun Woo does answer it. Born as Lee Dong Min 24 years ago, Cha Eun Woo definitely represents Lee Suho character from True Beauty. He is typically boyfriend material who takes every girl’s breath away. No doubt that Lim Jukyung (Moon Ga Young) falls for him. He vividly depicts a role model: class president, smartest student, good at sports. First impression, he might be super cool. However, he really cares for someone he loves (girlfriend and best friend). Following the hype of this drama and Cha Eun Woo popularity, why don’t we learn some interesting dialogues from his scenes in this drama? This learning Korean section will be so fun!

Introduction is one of essential greetings in Korean. We should introduce ourselves politely by using formal sentences. Korean celebrities are used to introducing themselves first in press conference, interview, or project promotion. So does Cha Eun Woo when he is in interview. He says 저는 ‘이수호’ 역을 차은우입니다 (Jeoneun ‘Lee Suho’ yeogeul Cha Eun Woo-imnida). 저 (Jeo) is subject pronoun for “I” followed by subject particle -는. 역 (Yeog) means role. Meanwhile, particle -ㅂ니다 placed after noun indicates a formal declarative sentence. So, the whole meaning of this sentence is “I am Cha Eun Woo, playing role as Lee Suho”.

It is not coincidence that Suho and Jukyung meet again in Prince Comic. It seems Suho doesn’t realize but he finds something weird. He asks 어떻게 여기서 만나냐? (Eotteohke yeogiseo mannanya?). 어떻게 (Eotteohke) is interrogative determiner for “how”. 여기서 (Yeogiseo) is adverb that means “here”. Actually there are 3 types of adverb: 여기 (yeogi), 거기 (geogi), 저기 (jeogi). 여기 (Yeogi) is used when the location of conversation is near from both speaker and listener. 거기 (Geogi) or “there” indicates that the location is close to the listener but far from the speaker. Meanwhile, 저기 (jeogi) or “over there” is used when the location is far from the listener and speaker. 만나냐 (Mannanya) derives from 만나다 (mannada) which means “to meet” added by suffix -냐 to create a banmal (informal form). 어떻게 여기서 만나냐? (Eotteohke yeogiseo mannanya?) can be translated to “How come we meet here?”

This scene is the first meeting between Cha Eun Woo and Moon Ga Young taken from the first episode of True Beauty. Jukyung is about to jump from the rooftop but Suho finally saves her. He wonders why she wanted to end her life. He ask 뭐가 그렇게 힘들어서? (Mwoga geureohke himdeureoseo). 뭐 (Mwo) is Korean interrogative word to ask “what” or something. It is added by subject particle -가. 그렇게 (Geureohke) is adverb which has equivalent meaning to “so, that, like that, that way”. 힘들어서 (Himdeureoseo) derives from the base form 힘들다 (himdeulda) that means “hard/ difficult”. So, the suitable translation of 뭐가 그렇게 힘들어서? (Mwoga geureohke himdeureoseo) is “What is it that make it so hard?” 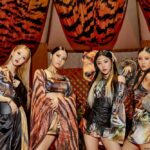 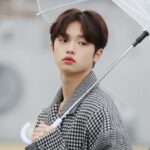