Annyeonghaseyo, chingudeul! We are gonna learn Korean with Startup Kdrama cast (Nam Joo Hyuk & Kim Seon Ho) in this section. As we hear that many of you are still binge-watching this series on Netflix and are crazy about Startup Kdrama cast, especially Nam Joo Hyuk and Kim Seon Ho. Which one does steal your heart? Are you #teamdosan or #teamjipyeong so far? We agree that this Kdrama lets you feel like riding roller coaster. Anyway, either you are #teamdosan or #teamjipyeong, you realize that they have special chemistry too depicted in their conversation. So, we catch several interesting quotes from them to learn. Maybe after watching their scenes, we hope for another plot twist like bromance, LOL!

When rivalry goes sweet, the way they compete each other is funny. It is depicted in Seo Dalmi’s house scene when grandma asked them to fix the bathroom light. Nam Dosan and Han Jipyeong simultaneously answered 그럼요 (geureomyo). We use 그럼요 (geureomyo) to express an agreement with something. In English, it is equal to of course, certainly, surely, totally agree, or no problem. You can say 그럼요 (geureomyo) if you don’t mind with someone’s favor or opinion.

Kim Seonho surprisingly shows his incredible acting skill. Among Startup Kdrama cast, he makes us to be #teamjipyeong and ‘suffer’ from second-lead syndrome. Han Jipyeong is typically sharp-tongued but soft-hearted man. Let’s see from Samsan Tech office scene when he yelled at Nam Dosan and friends “당신들 바보야?!” (dangsindeul baboya). 당신 (Dangsin) is you followed by particle 들 (deul) as plural word particle. 바보 (Babo) means stupid and 야 (ya) is used to form banmal sentence. Be careful, 당신 (dangsin) is rarely used in normal conversation and commonly used in conversation between married couple. It could be rude way, but sometimes it is used in negative tone especially when people are arguing. In this scene, Han Jipyeong spoke banmal and yelled “Are you stupid?” to Nam Dosan and friends. They were involved in stormy situation.

3. Nam Joo Hyuk – The Tallest One Among Startup Kdrama Cast

Nam Joohyuk is definitely the tallest one among Startup Kdrama cast. So is Nam Dosan. When he fit Han Jipyeong’s suit, he asked “그래요? 저 187인데 팀장님 몇이세요” (Geuraeyo? Jeo baekpalshipchil-inde timjangnim myeot-iseyo?). 그래요 (Geuraeyo) means “really?” in English. 저 (Jeo) is formal subject pronoun for “I”. -인데 (-inde) has no exact meaning in English, but has a function as conjugation. We use it to connect two clauses in one sentence, or to explain the following clause. 팀장님 (Timjangnim) is a Korean corporate title for senior manager or team leader. 몇이세요 (Myeot-iseyo) is Korean interrogative sentence to ask how tall someone is. So we can conclude the whole meaning to “Really? I am 187cm tall and how tall are you?”. While Han Jipyeong uses banmal, Nam Dosan speaks politely to Han Jipyeong by addressing him ‘timjangnim’, neither 당신 (dangsin) nor 너 (neo). He also adds suffix -요 (-yo) in the end of his sentence. He considers that Han Jipyeong is much senior than him.

This is taken from Injae’s networking party scene. When Han Jipyeong asked Nam Dosan to meet Seo Dalmi at Injae’s party as the real boyfriend, he refused it. However, he surprised Seo Dalmi by attending the party as her real boyfriend, not imaginary one. It made Han Jipyeong curious and asked ”그냥 도와주러 왔다고?” (Geunyang dowajureo watdago?). 그냥 (Geunyang) can be translated to just, only, or as it is. 도와주러 (Dowajureo) derives from 도와주다 (dowajuda) that means to give help. 왔다고 (Watdago) means “came” (simple past tense). If we combine, the whole meaning is “Did you come just to help?” 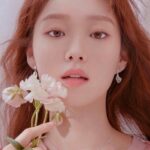